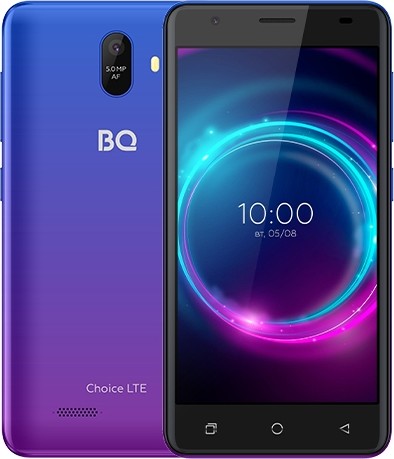 BQ 5046L Choice LTE - an inexpensive smartphone onAndroid Go with a five-inch screen of "old" proportions, sub-screen buttons, a low-power chipset three years ago. On the one hand, all this does not look very exciting. On the other hand, smartphones of exactly the same chip were released by both Samsung and Honor in 2020. So it looks like someone needs such devices.

Chipset - MediaTek MT6739WA. Four cores, about fifty thousand points in AnTuTu. Despite its venerable age, it is still quite actively used by manufacturers.

Memory. 2 GB of operational, 16 GB of constant. Support for memory cards, of course, is.

The screen surprised me. I already thought all such screens were in the distant past. But no. Good old 5-inch IPS-matrix with 720 × 1280 resolution (quite decent 294 ppi).

The battery is very small by modern standards, 2000 mAh.

There are no frills. No fingerprint scanner, no NFC module. Wi-Fi single band.