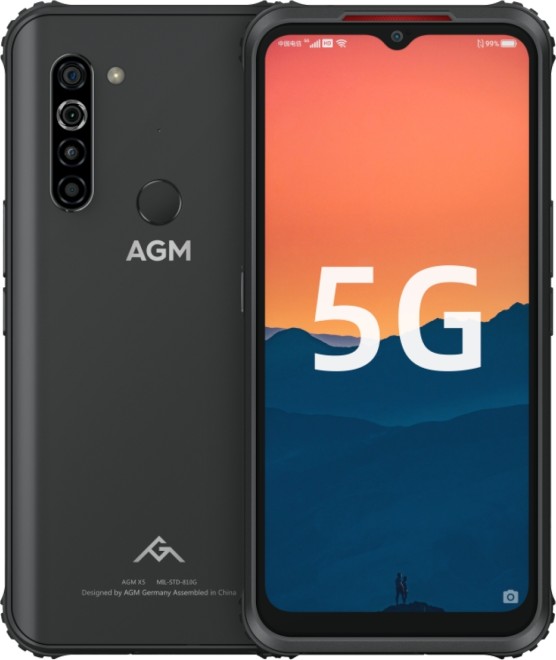 Rugged smartphones with support for 5G networks have gone awry. Naturally, AGM could not stand aside. And presented in faraway China a device called AGM X5.

The chipset is the mysterious Unisoc Tiger T7510.Announced back in the spring. And on its basis, a couple of smartphones have already been released. But there is still no reliable information on performance. I expect around two hundred thousand AnTuTu points - by analogy with MediaTek Helio P95, to which our Tiger is very similar.

A lot of memory, 8 GB of RAM, 256 GB of permanent. But there is no support for memory cards.

The battery is capacious, 5600 mAh. Charging is moderately fast, 18 W.

There is an NFC module, there is a gyroscope, everything is there.

The list of supported LTE and 5G bands has not been published. Well, or I didn't find it - this also happens.

For some reason, the ancient Android 9.0 Pie is listed as the operating system. Possibly a typo. Looks strange, agree.

We are waiting for the international announcement.